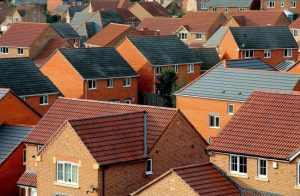 BOURNEMOUTH’S house prices have risen 50 per cent in less than 10 years, a new report has revealed.

According to Hometrack, which analyses the housing market in 20 towns and cities, the average home in Bournemouth is worth £282,100, up 50 per cent in price since 2009, making it the seventh fastest-growing town in the UK for house prices in the last year, and the fourth most expensive average price.

Hometrack’s index shows that growth in the Bournemouth’s house prices has outstripped that of several major cities over the past year, including London, which saw a modest 1.8 per cent year-on-year growth since December 2017.

In just 12 months, says Hometrack, the price of an average house in this area has risen by more than five per cent, which is nearly twice the UK rate of inflation.

Houses in Bournemouth cost on average £60,000 more than an average property in Southampton. Yet although they are a shade cheaper in Bristol – average house price £273,400 – that city has seen a 71 per cent in house price growth.

Hometrack expects prices to rise even more. “We expect house prices in regional cities such as Birmingham and Manchester to increase by 20 per cent to 30 per cent,” it said. “This is based on our analysis of how the last housing cycle unfolded and adjusting for today’s policy environment. It assumes mortgage rates remain low by historic standards and the economy to continues to grow. At current growth rates this will take three to four years to feed through into house prices.”